We continue with the series of featured personalities that Bear + International is doing, this week we will show a bit of a teddy bear living in the universe where people fantasize about characters from superheroes, cartoons and television series, known as " Cosplay ".

Cosplay = a contraction of the words costume play, is a performance art in which participants called cosplayers wear costumes and fashion accessories to represent a specific character.[1] Cosplayers often interact to create a subculture and a broader use of the term "cosplay" applies to any costumed role-playing in venues apart from the stage. Any entity that lends itself to dramatic interpretation may be taken up as a subject and it is not unusual to see genders switched. Favorite sources include manga and anime, comic books and cartoons, video games, and live-action films and television series. (Wikipedia)

Wil Busbee (his real name) lives in Altanta (USA) will speak in this interview some questions we ask, he is 44 years old, in his 5'9 ft and 210 lbs is on Instagram more than two years and his favorite character is "Thor" for this the codename is Thor Golden Cub.

How did you know the bear universe?

I had always loved hairy men even from when I was a kid. so when I moved out of my mom and dad's house I found the bear community pretty quickly. I love them in all they're forms from muscle bears, otters, cubs and all inbetween. I've kind of never really known where my place was in the bear world I have little bits and pieces from each group but I don't think I fully fit in any of them.but as I said I love all bears and hairy men.

What are your goals that have not yet been achieved?

I would like to become a professional artist and make a living on my artwork. My dream would be to attend comic book conventions wearing my Thor costume and and being featured at my own art table selling my own art prints there and singing autographs.

Tell us a little about this Thor we are meeting!

Well I have a boyfriend we have been together 5 years. We have a very happy relationship and it is an open one. Open mainly because I am a very sexual person and he is not. I have 2 dogs named Songo and Miroku they are Yorkee Chiwawas and are 11 years old.I am a gold fish enthusiast and have two 47 gallon fish tanks with a variety of oranda goldfish. I also have a balcony garden I've had for a number of years I love growing plants. As you may have guessed I am a anime and comic book collector and also an action figure collector as well. My day job is in retail I have been working there for 12 years. I also am a gamer and have a Ps4 and a Wii u.

How can you keep this body so wonderful!

Well I still don't think my body is all that wonderful there are a whole universe of guys out there with way better bodies then I have. 4 years ago when I started getting into cosplay I started working out. I wanted to look more the part of the super heroes I was cosplaying and I made a promise to myself to start getting more fit when I turned 40. I want to be one of those big muscular 50 year old guys who are built like tanks. I started in my apartment complex gym worked out there for 2 years then I changed over to my home and started working out with free weights and dumb bells. I walk 2 to 4 miles 4 or 5 times a week. And I drink one whey protein shake a day. I'm still far from my goal body i hope to get there one day.

What led to doing these jobs that makes Cosplay, was it because of the need to win or for the taste of being different?

Well I had always loved comics and cartoons. And when I was a kid I would wear capes and dress up in costumes. When I went to my first Comic con 6 years ago in just regular clothes I saw all the cosplayers and how much fun they were having. I thought "I wanna do that too" I did Captain America first since I had short hair at the time. Then I decided to grow my hair and be Thor the next year. Thor just tended to stick even though I'm short everyone calls me Thor even when I'm in civilian clothes. One thing remains constant though all my cosplays will have a beard I never intend to shave

Still want to do a nudity test and why the reason?

I would love to do a nude photo shoot someday it's taken me a long time to get comfortable with my body. And I've just gotten confidant enough to where I feel ok showing it off on my Instagram. Doing a professional shoot would be just the next logical step. I use to be a very heavy guy back in my youth I was 260 lbs. I lost 80lbs when I was 28 but it has still taken me til now to get more comfortable with my looks. I want to show guys out there if I can do it anyone can

What is missing from your bear community in your country?

I can't really say very much is missing from my bear community. Most of my interactions with the bears in my country are online and have been all and all very positive. I love my bear friends. We have fun I enjoy a good chat and a pic share hehe!

Would you like to know the countries of South America, for example, Brazil?

Oh yes I would love to get to know them better I love Brazilian men they're all very handsome, very friendly, and very hairy my favorite combination. And South America from what I have seen on documentaries and online is a very beautiful country 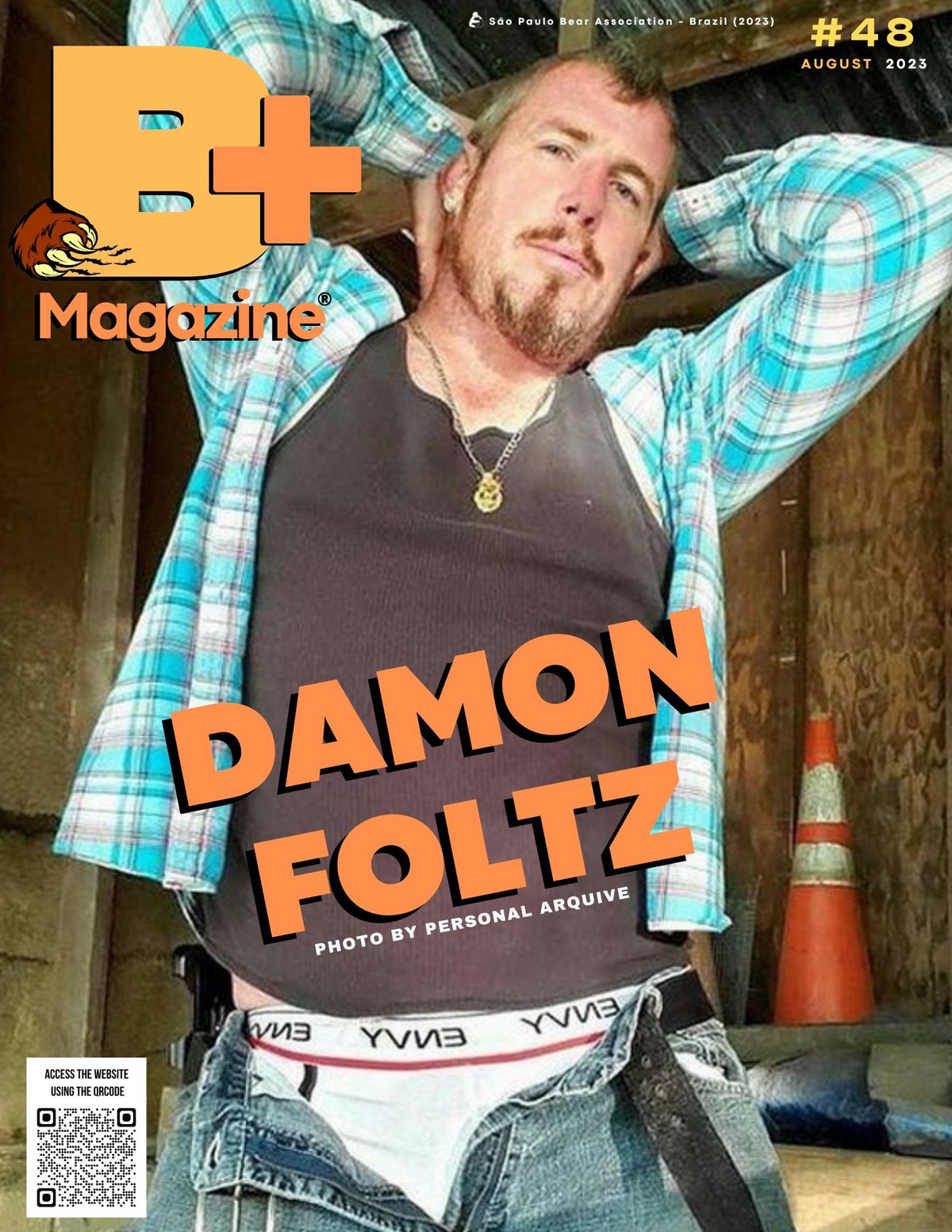 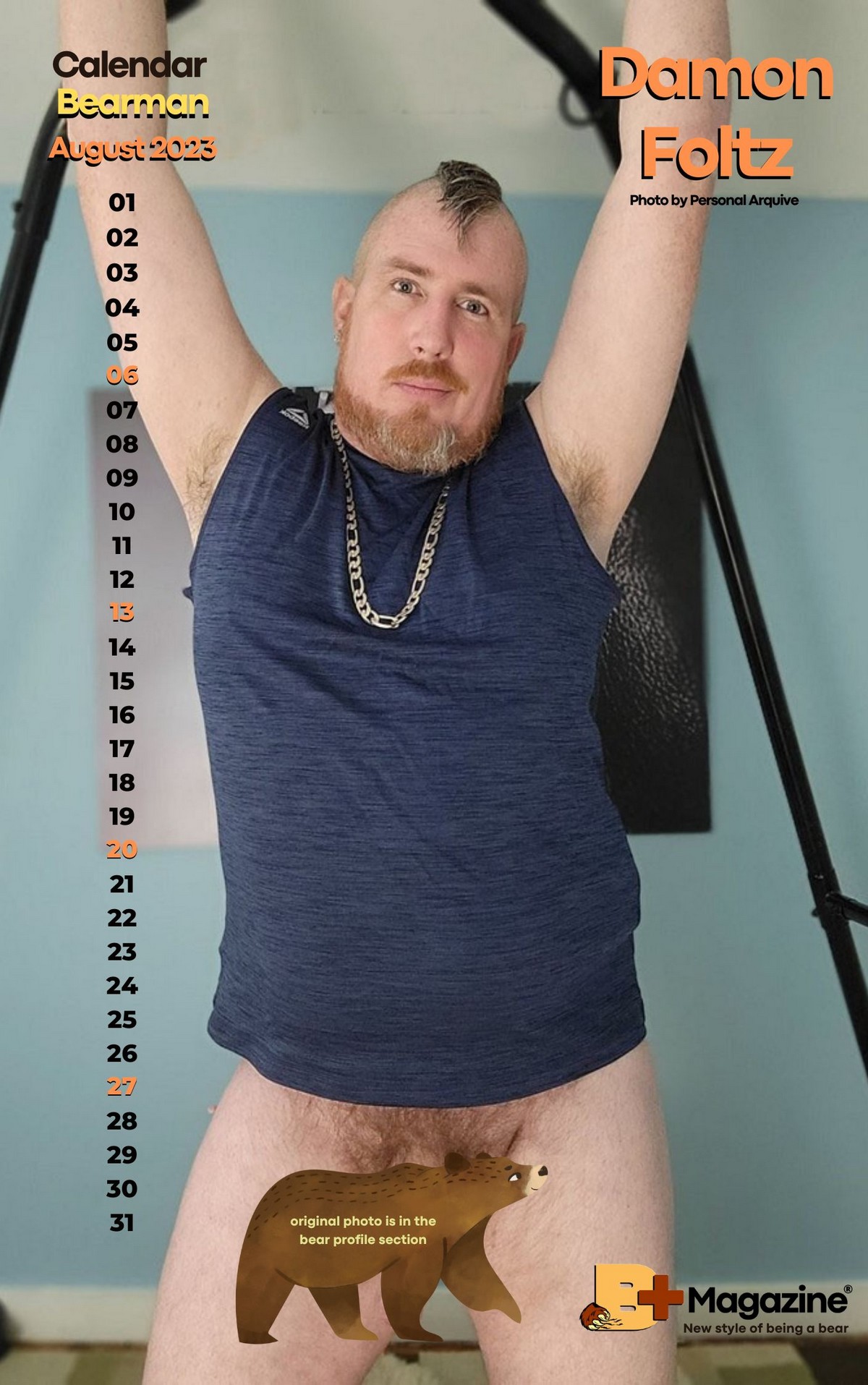 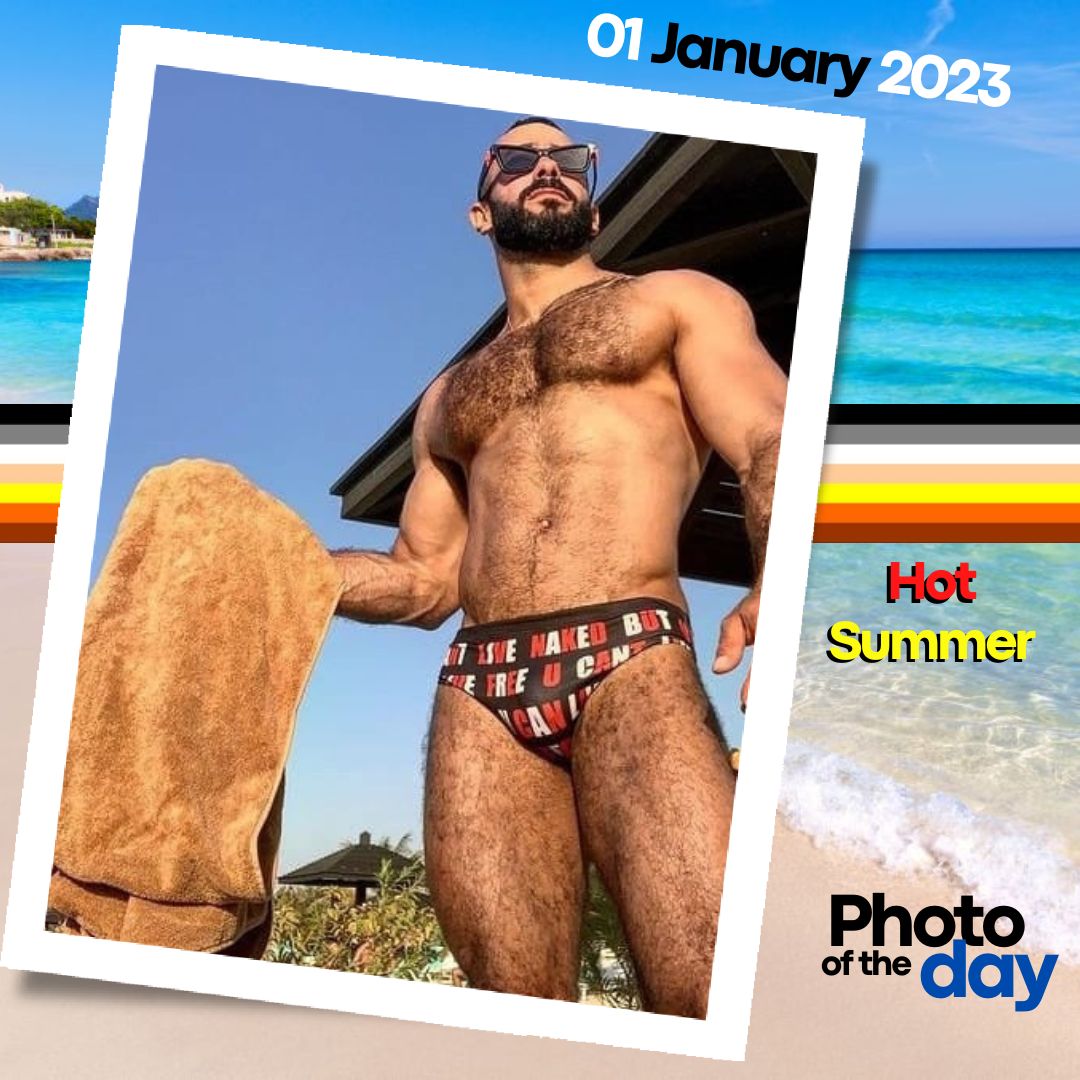 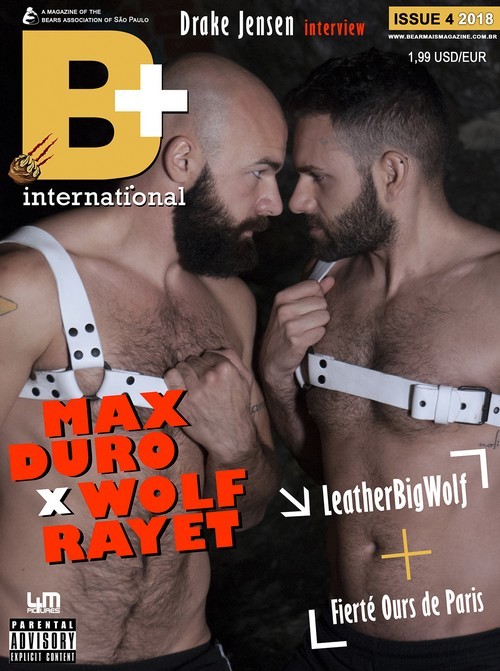 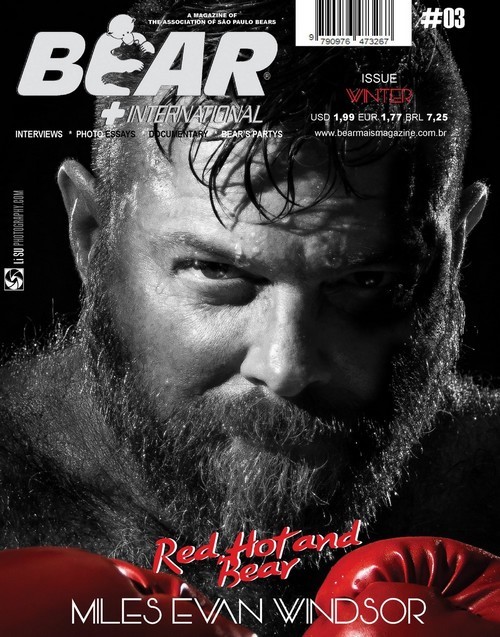 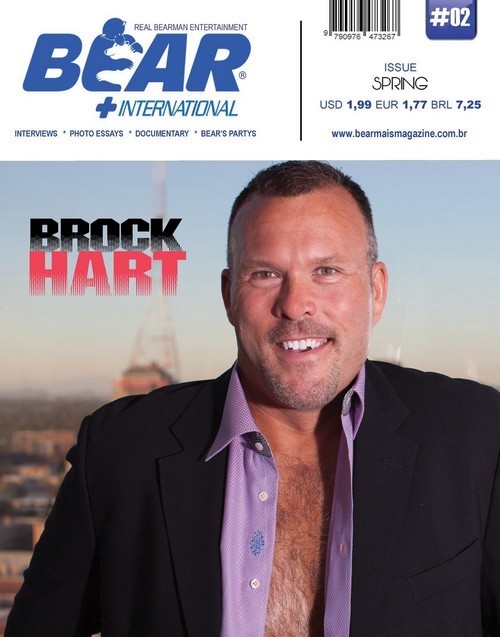 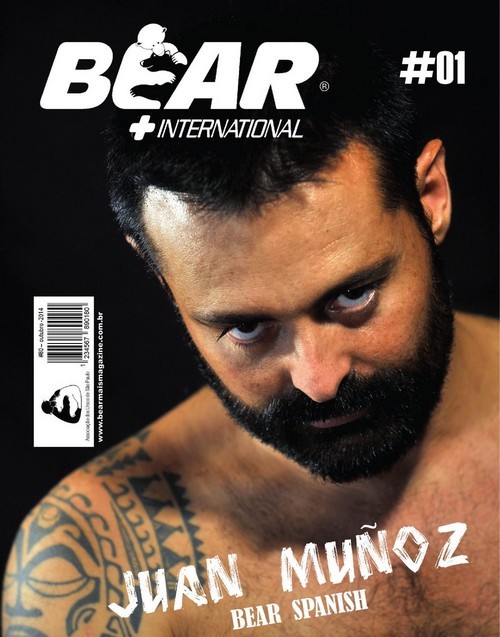 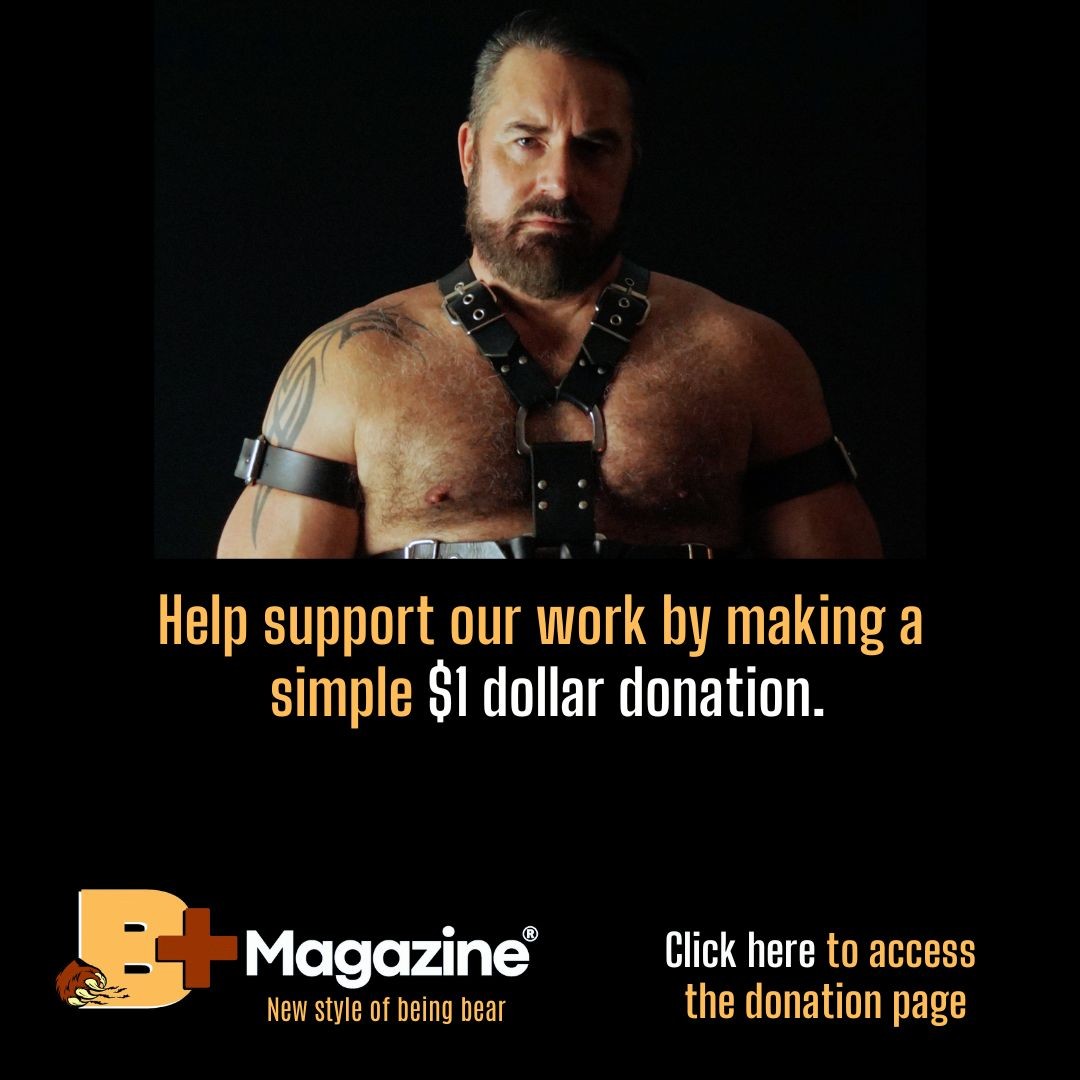 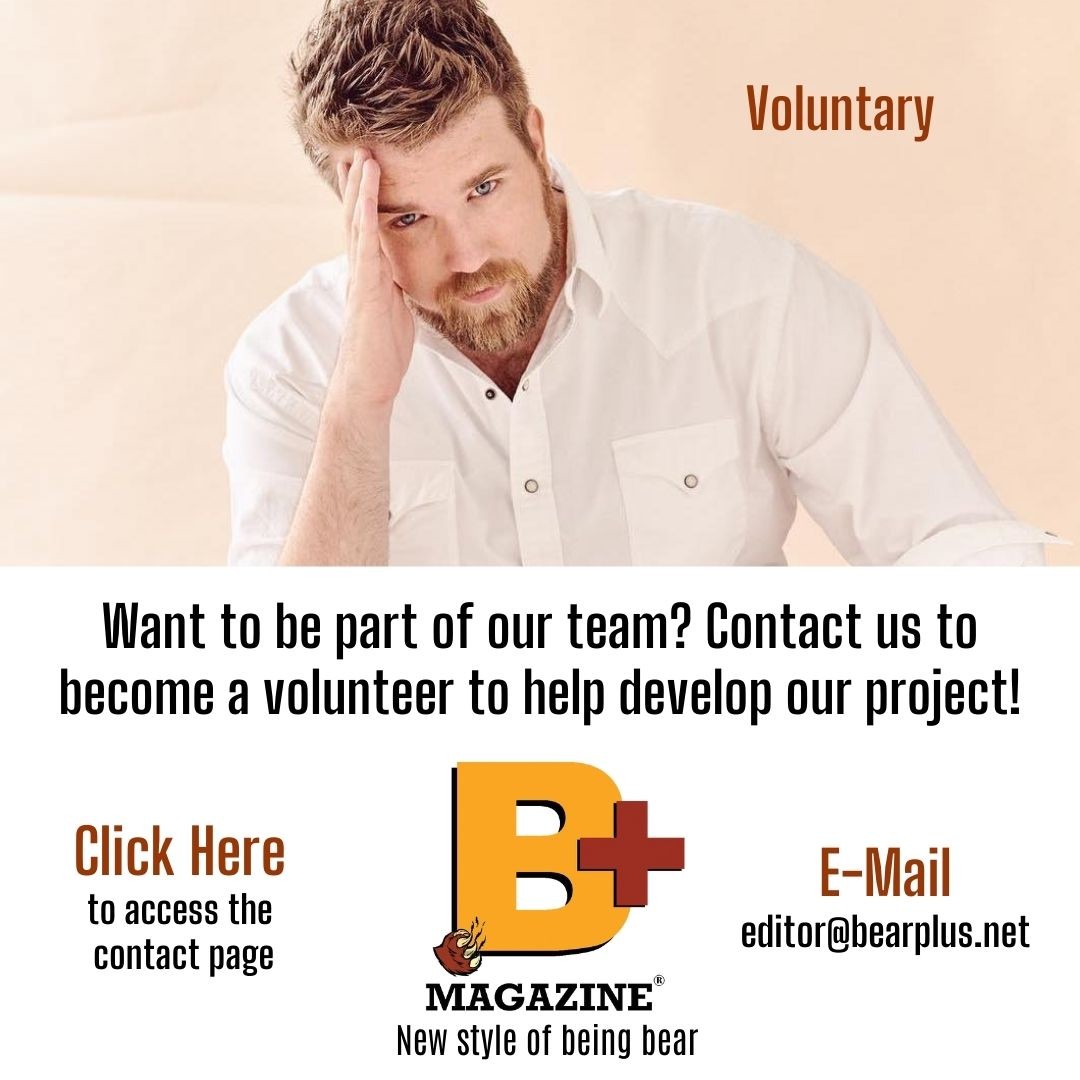 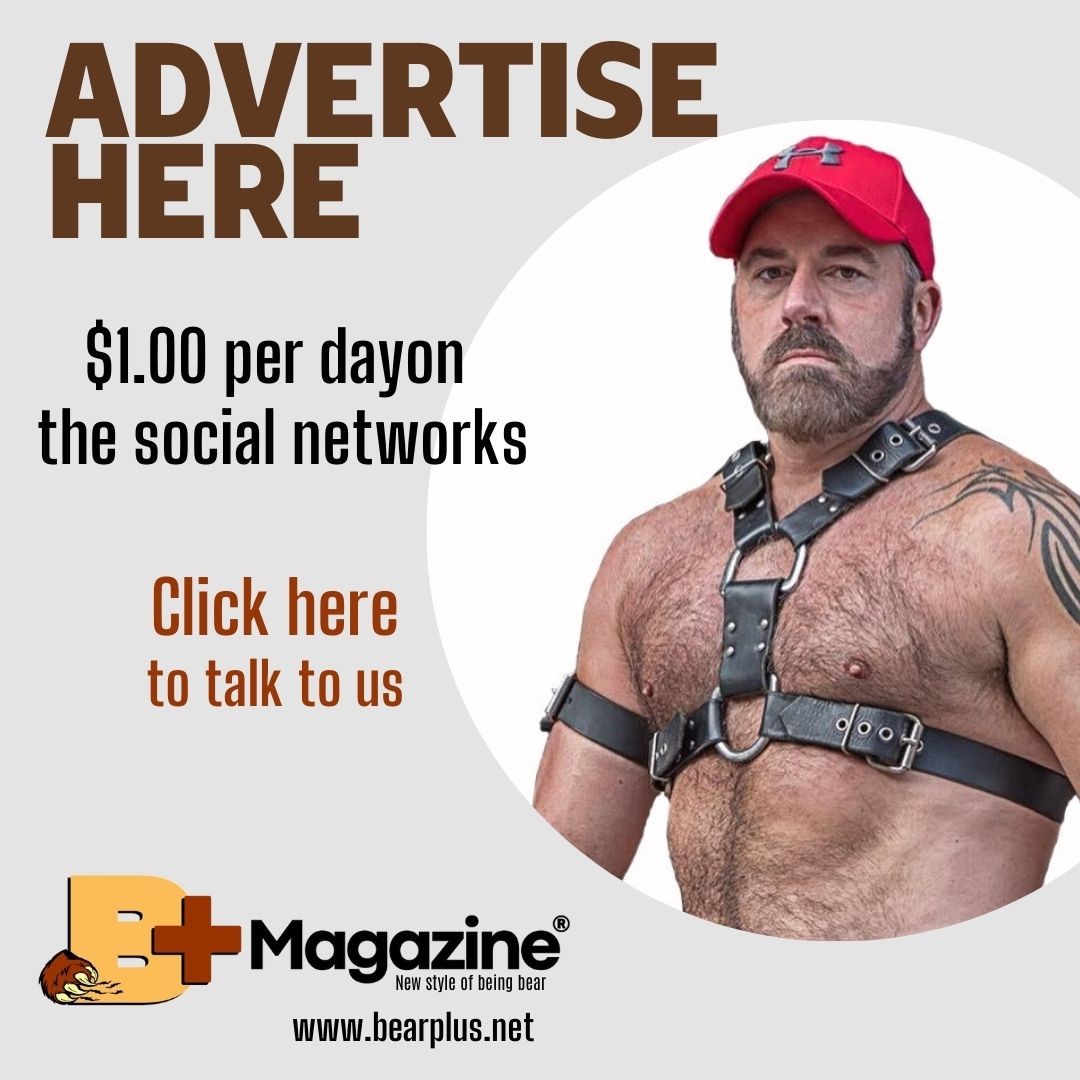